Obamacare aka The Patient Protection and Affordable Care Act (PPACA) 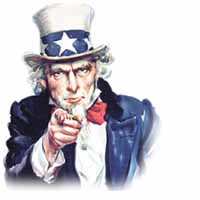 Obamacare is the popular name for the Patient Protection and Affordable Care Act that was enacted on March 23, 2010.  Parts of it has already affected a lot of us, or perhaps someone we might know but more important, the overall economy; after all, it don’t take rocket since to know that health care in America is huge.

The most controversial part: the directive that everyone must purchase private health insurance or pay a fine won't kick in until, 2014.  At that time, starting on January 1st you will be required to purchase health insurance or pay a penalty of as much as 2.5% of your income; so if you earn $100,000.00 per year and decide you can’t afford or perhaps don’t need health insurance protection, the consequence will be a fee or penalty of not less than $2,500.00, and all this expense without a smidgen health insurance coverage.  But, if you’re poor like me and get by on a lot less income these days, that penalty may be as little as $695.00. However it’s important to know that after 2014, the penalty goes up a good bit.

Many folks will insist that this is an unfair tax and thus strongly supports the recent efforts to repeal the new law; but until such time, it is the law of the land, just like the requirement in most states in the US to purchase liability damage insurance for your automobile, and in fact arguments can be made that it’s not entirely a bad idea anyhow.

State Exchanges (currently under development) will allow you to compare health plans before you buy one. The Exchanges will also help you find out if you qualify for tax credits or other government health benefits. States are being given substantial Federal grants to fund the exchanges; the process is now underway.

Despite all that has been written about it, many people are still confused or unaware of how it affects them and their family. So here’s my attempt at a quick summary:

Perhaps most important for us folks with pre-existing conditions who have been turned down for health insurance will be permitted to sign-up with state run high-risk insurance pools funded by the Patient Protection and Affordable Care Act (PPACA) .

Premiums for senior citizens/older folks cannot be more than three times the premium for young adults.

Before health care reform, insurance companies routinely spent up to 40% of the funds from premiums on overhead and administrative costs but with Obamacare, insurers will be required to spend more of their premium revenues; somewhere between 80 to 85 cents of each dollar on medical claims, as opposed to advertisements or high CEO salaries.

PPACA (Patient Protection and Affordable Care Act) has extended the ban on lifetime limits on coverage to all existing health plans.

ILLEGAL IMMIGRANTS cannot buy insurance from the Exchanges, even if they are able to pay the full cost themselves, without federal subsidies.

If you already have health insurance, Obamacare has improved the benefits you now receive in at least 8 ways:

·  It allows you to add your children up to age 26 to your health insurance plan;previously the age limit was 18 or 19 years of age.
·        Insurance companies can no longer drop you if you get really sick.
·   Your carrier/ insurance company cannot place limits on the coverage you  receive over your entire lifetime.
·     If you have a chronically ill child, you no longer have to worry about losing coverage if you change your insurance carrier / company. That's because the new insurance plan is not permitted to deny coverage to children with pre-existing conditions.
·    If you have a pre-existing condition, and you get denied coverage by a new insurance company, you can get temporary health insurance coverage until 2014; that's when insurance companies can no longer deny coverage to adults. As mentioned above, this new rule applies to children now!
·  You may receive a rebate this year from your insurance company, since Obamacare requires that insurance companies spend at least 80% of premium payments on medical services, instead of such things as advertising and/or executive salaries. If they don't, you are in line for a refund.
·  Insurance companies must submit justification to each state for all rate hikes/increases. Obamacare offers funding to the states to cover this cost.
·     You most likely will not have to pay a co-pay for wellness or pregnancy exams. Only plans that were “grandfathered in” are exempt from this Obamacare law.

The Patient Protection and Affordable Care Act of 2010 (Obamacare) significantly changed health care in the US, making insurance available to 32 million more Americans which totals of 95% of the legal population. The Act is being phased in over four years; so by 2014, every citizen will be required to have health insurance, or face a penalty.  A citizen can choose to obtain coverage or if they already have a plan, either through their employers, Medicaid, Medicare, or privately, they can keep it. Those who can’t currently get health insurance will have additional options: for example, they can purchase it from a state-based health insurance Exchange (and possibly get a subsidy) or they may be eligible under expanded Medicare guidelines.

Starting in 2014, if your annual household income falls between $20,000.00 and $61,000.00, your family will qualify for tax credits that can make insurance more affordable by saving a typical middle-class family up to 60 percent on premiums. You’ll be able to use these tax credits, which will be paid monthly, to shop for the best plan for your family in your state’s new Affordable Insurance Exchange.

By the way, the term “doughnut hole” (of all things) is sure to pop-up during your next in-depth discussion regarding Obamacare; so tuck this little nugget away for future use & amaze you friends when you point out that in the insurance business at least, a Doughnut Hole is when (as under the current law), Medicare stops covering drug costs after a plan and its beneficiary has spent more than $2,830.00 on prescription drugs. It starts paying again after an individual’s out-of-pocket expenses exceed $4,550.00.  This is called the preverbal “doughnut hole”, and it will be closed by 2020 with the new plan.

Here’s some additional trivial information that’s a need to know when discussing Obamacare: By a vote of 219 to 212, the House of Representatives passed the health care reform bill. No Republicans voted for the bill and 34 Democrats voted against the measure. That’s according to Health care reform: How House members voted per CNN.com

COSTS: The estimated cost of PPACA health care reform by the Congressional Budget Office (CBO), which provides Congress with nonpartisan analyses for economic and budget decisions, initially was a bit less than $940 Billion or $94 Billion per year.  However; the same agency has recently estimated that the anticipated cost for Obamacare’s first “real” decade (2014-23) would be closer to $1.93 Trillion; the good news is that even though the cost will reach $1.93 Trillion, the annual cost increase is projected to level out after 2023, experiencing no additional annual increases. In any event, the CBO says that it will reduce long term budget deficits by $230 billion.

So how will we pay for all this?
·   Starting in 2013, PPACA increases tax rates: from 1.45% to 2.35% –for individuals earning more than $200,000.00 a year and families earning more than $250,000.00.
·   MEDICARE PAYROLL TAX will impose an additional 3.8% tax on capital gains, dividends, interest and other ―unearned income.
·   TAX ON HIGH-COST HEALTH PLANS:  Beginning in 2014 a 40% excise tax on high-cost employer-sponsored group health plans with premiums over $10,200.00 for individual coverage and $27,500.00 for family will be imposed. Thresholds will rise each year by the inflation rate. Exceptions for this rule include police officers, firefighters, miners and construction workers, with high premiums because they work in high-risk occupations.
·     Starting in 2011, drug makers will pay $2.5 Billion a year, $3 Billion from 2012 to 2016, $3.5 Billion in 2017, $4.2 Billion in 2018, & $2.8 Billion in 2019 & thereafter.
·   Medical device manufacturers will pay 2.9% excise tax on devices sold (excluding eyeglasses, contact lenses, and hearing aids).
·        As for insurance companies, their cost will start at $8 Billion in 2014 and rise to $14.3 Billion in 2018, after which point the fee will increase yearly by the rate of premium growth.
·        FLEXIBLE SPENDING ACCOUNTS will place a $2,500 annual limit on what people can set aside from their paychecks before paying taxes to be used for health care expense deductions starting in 2013.
·    THE TANNING TAX imposes a 10% tax on indoor tanning services starting in 2010, however tanning outdoors in the sun remains free.
·     MEDICARE SAVINGS should squeeze roughly $500 billion out of the projected growth in Medicare over a 10 year period.

Just like his Democratic predecessor in the presidency, Bill Clinton, who was somewhat successful at reaching across the aisle, Barack Obama has not hesitated to tweak a good Republican ideal & turn it to good use. Case in point, “Obamacare” is actually based upon “Romneycare” the health care legislation enacted in 2006, which mandates that nearly every resident of Massachusetts obtain a state-government-regulated minimum level of healthcare insurance coverage and provides free health care insurance for residents earning less than 150% of the federal poverty level; signed by then Gov. Mitt Romney on April 12, 2006.

Having considered all of the above, keep in mind that someone important once said “the essential aspect of liberty is the freedom not to participate.”  So it can be argued that PPACA’s / Obamacare’s directive demanding that Americans must buy an unwanted product from a private company debases individual liberty. Well that’s unconstitutional; otherwise it’s probably a good idea.

Posted by Tony G Fugate on 7/28/2012
Email ThisBlogThis!Share to TwitterShare to FacebookShare to Pinterest