Gasland; So Who in Hell is Josh Fox? 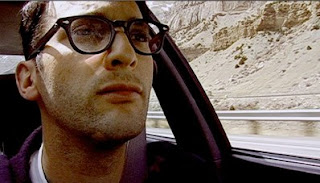 Josh Fox, in route to save the world from it’s self?


One of the greatest advances, and the procedure that’s dominated the headlines in recent years, for both good reasons and bad, is hydraulic fracturing, or “fracking”. In essence, fracking is a way of releasing natural gas and oil that is tightly bound up in shale rock, generally located thousands of feet below the earth’s surface; this is accomplished by using immensely powerful water pumps exerting a pressure of up to 20,000 pounds per sq. inch.   Fracking was actually pioneered in the US State of Kansas in the 1940’s; thanks to numerous procedural improvements along with the rise in the cost of oil in today’s marketplace, it has become economically viable. Natural gas and yes, Oil previously thought unreachable is now within our grasp.


The fact is without the above referenced technological advances my previous post titled “Where in the Hell is Coober Pedy; and why you should care?” would be without value absent fracking. In other words that 20 Trillion Dollar find would in all likelihood be worthless.


Even President Barack Obama appears to endorse the process of fracking, although most “environmentalists” believe his policies promoting the enforcement of existing regulatory laws / rules have singlehandedly crippled America’s coal industry. In his June 25th 2013 speech regarding ‘climate change’ at Georgetown, he said: “Sometimes there are disputes about natural gas, but let me say this: We should strengthen our position as the top natural gas producer because, in the medium term at least, it not only can provide safe, cheap power, but it can also help reduce our carbon emissions.” Yep, The US president certainly seems to get it, but sadly a lot of activists don’t.


Perhaps the best evidence of this sad state of affairs is demonstrated by the successful production of Gasland, a 2010 American documentary written and directed by a fellow named Josh Fox. The film won a number of awards in 2010, including: The Environmental Media Award for Best Documentary Feature; the Sundance Film Festiva’ls Special Jury Prize; the Big Sky Documentary Film Festival’s Artistic Vision award; the Thin Line Film Festival Audience Award; the Yale Environmental Film Festival Grand Jury Prize; the Sarasota Film Festival’s Special Jury Prize. Then, in 2011 the film won the Primetime Emmy Award for Outstanding Directing for Nonfiction Programming and was nominated for an Academy Award for the Best Documentary of 2011. The film focused on US communities impacted by natural gas drilling by the method of horizontal drilling into shale formations known as, you guessed it, fracking.


You’d think that with all those awards, there would be more facts than fiction presented for your consideration in a “documentary”. However critics are quick to say that Josh Fox, who stars in his own film in the well known style of Michael Moore (Sicko, Bowling for Columbine, Fahrenheit 9/11) presents a one-sided portrait of natural gas extraction.   A natural gas industry website, ‘Energy in Depth’, called Gasland: “heavy on hyperbole, light on facts.”


To most viewers what the film allegedly uncovered is shocking, they include: Water that can be lit on fire right out of the kitchen sink; residents of drilling areas who are persistently ill throughout the US, all with the same mysterious symptoms; huge pools of toxic waste that kill cattle and vegetation; well blowouts and huge gas explosions that are consistently covered up by state and federal regulatory agencies.


More than just a couple of claims I’d agree are ‘light on the facts’ as was indicated by “Energy In Depth” . . . However according to the film (Gasland), there are several problems caused by fracking (I’d call them something else).  To name a few: Falsehood #1: “You can light your tap water on fire” . . . Fox made this claim famous in the Gasland film when he showed a resident of Colorado striking a match as water was coming out of his tap, because natural gas had dissolved in the water, it burst into flame . . .  Turns out the natural gas in the water supply was derived from natural sources.  The well water had penetrated several coal beds / seams (a very common source of methane) that had released the methane gas into the well water.


Falsehood #2: “Fracking fluid seeps into groundwater and poisons drinking water.” . . .  A study was released in June of 2013 by researchers at Duke University in Durham, North Carolina, and published in the biweekly journal, “Proceedings of the National Academy of Sciences”; yes the paper did find higher concentrations of methane in water wells that were within a kilometer of gas wells. However like earlier reports, it was determined that the two explanations for the higher levels of dissolved gas were faulty steel casings and improper cement sealing of the wells; in other words, not fracking.


It’s made clear in the early narration that the basis of the film, Gasland (to view Youtube Trailer Click Here) was initiated as a result of Fox’s reception of a letter in May of 2008, from an un-named natural gas company offering to lease his family’s land in Milanville, which is in the Damascus Township of Wayne County, Pennsylvania for $100,000.00.  Curiously, this claim has been challenged by “Energy In Depth”, which has stated that the lease to which Fox refers in the documentary was not offered in the first place and in the second place $100,000.00 was not offered either.


So who is Josh Fox and where has he been lately?  A few years back, Mr. Fox completed his first feature film, Memorial Day. The film premiered at the CineVegas Film Festival in 2008 and was called “Unforgettable” by Variety; “uniquely fascinating” by Indiewire and reaped the reputation of being “The most controversial film at the festival”.  Time Out NY has called Fox “one of downtown’s most audacious
auteurs”, citing his “brilliantly resourceful mastery of stagecraft.”


He is the founder and Artistic Director of International WOW Company.  Founded in 1996, International WOW has premiered new works in 8 countries with a rotating network of over 100 actors, dancers, musicians, with technical and visual artists spanning 30 countries on 5 continents. Through the International WOW Company Josh has received a Drama Desk Nomination, an Otto Award, and five grants from the National Endowment for the Arts; the company holds five prestigious MAP Fund Grants, an Asian Cultural Council Fellowship award among many other honors.


So it’s easy to determine, based on the film Gasland and other facts of interest that Mr. Fox is a skilled manipulator of facts and a formidable opponent with a substantial number of followers; which makes the future of fracking more difficult. A sequel to Gasland titled Gasland Part II premiered at the Tribeca Film Festival in New York City on April 21, 2013.


There are currently two additional films / documentaries (FrackNation & Truthland) of interest that have attained much less notoriety than has Gasland.  Both have made a valiant attempt to squelch the half truths and falsehoods reported by the highly skilled efforts of Mr. Fox.  FrackNation (to see FrackNation movie clips, Click Here) is a feature documentary created by Phelim McAleer and Ann McElhinney of Ireland; the film looks at the process of fracking for natural gas and seeks to address the concerns surrounding the process that were highlighted in the anti-fracking film Gasland. The film interviews many individuals directly affected by fracking, most of whom support the process.  You may find it a somewhat bewildering to learn that a small group of farmers, who were featured in FrackNation, were barred from attending the premier of Gasland II in April.


Truthland is a similar effort; to watch the “trailer” or see the full length movie Click Here.


Make no mistake: Any industrial process can go awry, usually through the old faithful, human error. And believe it or not, everyone involved in energy production are not saints: Dishonest people, now and then may try short cuts that end up harming the innocent. When such mistakes are made or short cuts taken, the guilty parties should be punished and the victims compensated for their misfortunes.


Never the less, it’s a mistake to assume such villains are the norm. There’s more than 500,000 gas wells currently operating in the United States alone; most of which manage to avoid blowing up houses, nor do they poison drinking water; make it hard to breathe or cause cancer.


The bottom line is that the technique of fracking is very likely mankind’s last best chance to gradually wean ourselves from petroleum based products like natural gas and crude oil.  Perhaps this time by overcoming obstructionist like Josh Fox and his many followers by continuously educating the general public on the falsehoods offered up by such folk.  Groups of that type just might be overpowered long enough for us to get it right the second time.