Was The First American Slave Owner a Black Man? 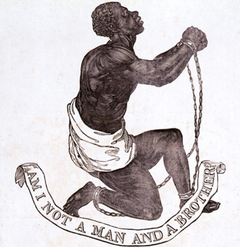 Before 1655 there were no legal slaves in the American colonies, but indentured servants were common. All Servant owners or masters were required to free their servants after their time was up which was typically a period of 4 to 7 years ; you may recall we touched upon this subject with a “Post” titled Indentured Servants or Redemptioners in December of 2011.


It was long believed that indentured servant John Casor was the first individual to be declared a slave in what would later become the United States, and Anthony Johnson a black man; would then be the first known slaveholder in America. Historical court records prove that only part of that statement is true.


The Story of John Casor and his relationship with Anthony Johnson, go’s something like this: Johnson was a man from modern-day Angola that’s located in Southern Africa; in 1619 he was transported to the Virginia Colony to work for a tobacco farmer. When Johnson’s indenture term was up, he was released and recognized as a “free man”.  He must have been the industrious sort because by 1651 he owned a successful farm himself, consisting of 250 acres which he ran with the help of 5 black indentured servants.  In 1654, it was time for Johnson to release John Casor, one of his indentured servants.  Instead Johnson told Casor he was extending his indenture time. Casor was apparently sure Johnson couldn’t legally take such a position or enforce it because he left the Johnson place in search of employment elsewhere. A white man named Robert Parker must have thought the same thing, because he provided Casor employment.


In all likelihood after several threats (no-one among the living today knows), Anthony Johnson brought suit against Robert Parker in the Court of Northampton late that same year. In 1655, the court ruled for unknown reasons that Anthony Johnson could hold John Casor indefinitely as his indentured Servant.  With this action, the Northampton Colonial Virginia Court inadvertently performed two seemingly benign deeds: The first gave judicial sanction for free blacks to own slaves of their own race and second, John Casor became the second lifetime slave held in the English Colonies; in this way, historical court records shown the first black slave owner in Colonial Virginia was Anthony Johnson.


Nevertheless, it wasn’t until 1670 that a law was passed permitting folks to legally hold a black servant for an indefinite period of time as a slave. You see, in that year, the Colonial Assembly passed legislation granting free whites, blacks, and Native Americans the right to own blacks as slaves.


Within less than 30 years (1699), the large number of free blacks prompted fears of a “slave uprising.” So the Province of Virginia ordered the expulsion of freed blacks, which in other words, provided a one way ticket to Africa. Surprisingly records show that many blacks sold themselves to whites so they wouldn’t be required to go to Africa. This was the first attempt to “gently” repatriate (send back) free blacks to the region commonly perceived to be the black man’s homeland; in fact the modern nations of Sierra Leone and Liberia originated as colonies of deported x-black slaves.

Common sense suggests that further “cultivation” of the slave business was anything but wise, nevertheless, America’s slave owners (black and white) continued to thrive; this was especially so in the South.  By 1830 there were 3,775 black families living in the South who owned black slaves. 30 years latter (1860) there were approximately 3,000 black slaves owned by black families just within the city of New Orleans.


In many instances, black slave owners had similar views regarding slavery with their white counterparts. Slave owners of both races occasionally freed a trusted servant but were just as apt to sell a less fortunate slave the very next day. The act of freeing one or several slaves while others remained in bondage did not establish a firm commitment against slavery, but promoted the personal view that some actions by slaves, such as hard work or the display of loyalty, occasionally warranted them their freedom, while others were clearly meant to be slaves until their demise.


As mentioned earlier, John Casor was once thought to be the first documented slave in America when in actuality it was John Punch. He was bound as an indentured servant for life in 1640 (a full 15 years before Casor) after trying to escape from his indenture, or his “master”.


His story is as follows: John Punch was an indentured servant of a Virginia planter known as Hugh Gwyn; he escaped to Maryland in the company of two other servants, one was a Dutchman, the other a Scot.  All three men were caught and sentenced to whippings; in addition the two European men were sentenced to have their terms of indenture extended by four years each.  On the other hand the punishment for John Punch was much more severe than that given to two white indentured servants, which has led historians to call Punch the first African documented to be legally sanctioned as a slave for life in Virginia.  Anthony Johnson remains the first Black man to own a slave for life in America and the second slave owner.


There is only one “rewarding” turn of events that could possibly be associated with the first full-fledged slave (John Punch):  In July of 2012, Ancestry.com issued a paper verifying that with the combination of historic research and Y-DNA analysis, the evidence that’s key to proving ancestral links or kinship, concluding that Punch was an eleventh-generation maternal grandfather of President Barack Obama.

Posted by Tony G Fugate on 2/17/2013
Email ThisBlogThis!Share to TwitterShare to FacebookShare to Pinterest