Why E-Nicotine Delivery Systems Are Not More Successful in the USA? In an attempt to answer the above styled question I have rethought and researched the E Cigar & E Cigarette Nicotine delivery devices in more detail following my bride’s recent comment that she failed to understand why anyone that is a smoker would not use E-devices as a means of obtaining a “Nicotine Fix” in the stead of tobacco based products. It’s likely that anyone who arrives at a reasonable answer is ‘key’ to developing a successful retail business in this particular area, especially when taking into consideration that the world wide growth rate for E Devices is believed to be nearly 40% per year.

Based upon the remarks / comments made by several Tennessee heavy machinery operators of recent date, it appears the problems have been or can be counted on one hand: 1) E-devices have historically not been effective in delivering a sufficient supply of Nicotine to the average cigar / cigarette smoker.  2) The simple matter of inconvenience associated with recharging the E-device, replacing the Nicotine Cartridge device, and replacing the rechargeable battery now and then.  3) The initial cost of acquiring the ‘Starter Kits’ (historically $100.00+).  4) The simple lack of properly educating the American public in regard to the benefits associated with E-Devices. . . . Solve these problems and the result may very well be a successful retail sales business.

Research over the past 7 years has determined that Nicotine molecules found within vapor, as that found in all E-devices, are 10 times larger than the Nicotine molecules that exist within tobacco smoke.  Simply put, a human’s lungs cannot absorb the same volume of Nicotine from vapor as from smoke (no one yet knows the amount of the difference). Case in point, if you smoke Marlboro Lights they contain 8mg of Nicotine (Marlboro Reds contain 12mg), but the Nicotine is delivered via smoke, result being you’d get a better Nicotine Fix from tobacco smoke than a Vapor Device that supplies a like amount of (8mg) Nicotine.   Historically, the typical E Cigarette only offered 6mg to 12mg devices, which resulted in a less than satisfactory Nicotine Fix. Hence the Tennessee equipment operators and others are quick to say that all E Cigarettes “fail to satisfy their need for Nicotine”.

This shortcoming has allegedly been recently resolved by simply increasing the amount of Nicotine within the vapor (now 18mg in e cigarettes) and by instructing the user of the E-Device to exhale through the nostrils / the nose, because more Nicotine molecules are absorbed through the nose into the blood stream more readily than the mouth (that’s why so many folks snort cocaine).

The second problem “inconvenience” has been resolved because the 18mg device referenced above is now available as a disposable e cigarette / e cigar that is simply tossed aside when the built-in battery is depleted.

Third, the “cost” of the disposable device is comparable to the price of traditional tobacco based products, and in some areas cheaper, depending upon the state tobacco tax; KY’s tax on a pack of cigarettes for example is $1.65.  There is no tobacco tax on E-devices; Federal or State, since they don’t contain tobacco. As for #4, ‘educating America’s public’; have you noticed a limited few ads on TV as well as other media of late, yep,  of course you have.

The Smokey Mountain Flea Market located just off I-40 East of Knoxville Tennessee boasts having an average of 15,000 shoppers / visitors per 3 day week-end.  Based upon the smoking statistic percentage reference above, 19+% of those shoppers smoke tobacco products (15,000 x 19% = 2,850 smokers per 3 day weekend). Only an idiot would think it possible to sell an E Cigar or E Cigarette to each of those Nicotine addicted shopper, but if you reduce that expectation to saaay 5 or 6% of 2,850; suddenly a more realistic sales number emerges (142—171) per weekend.

There are only a few locations in the eastern U S that I am aware of that regularly has a similar number of smokers (and tobacco chewers) milling around, looking for something to buy (aside from other flea markets). The locations that are foremost in my mind include Gatlinburg, Tennessee; Myrtle Beach, South Carolina; and Branson, Missouri.

For example Gatlinburg (gateway to the Great Smokey Mountains National Park) is believed to have an average of 27,000 daily visitors x 19% = 5,130 smokers per day or 156,000 smokers per month x 5% =7,800 potential sales per month.  . . . A retail sales factor that would generate somewhere in the neighborhood of $16,000.00 net, before Federal income Taxes each month, and as Grandpa used to say “that ant hay”.

Posted by Tony G Fugate on 3/18/2013
Email ThisBlogThis!Share to TwitterShare to FacebookShare to Pinterest 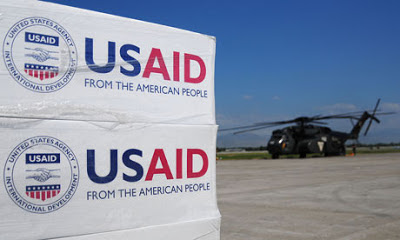 Do you know that in 2010 the United States committed almost $38 Billion in Economic Assistance and $15 Billion in Military Assistance to foreign countries, totaling $53 Billion in Foreign Aid? 182 different countries received the $38 billion in Economic Aid. Out of that total, Afghanistan received more than all the other recipients at $5 Billion. In fact, between 2008 & 2010 Afghanistan received the most foreign aid assistance from the United States in both obligations and disbursements.  You see, after the US “pulled out” of Iraq, Afghanistan took the ‘top US aid recipient’ title; but it doesn’t take rocket science to figure that the leading recipient of U.S. foreign aid assistance from 2003 and throughout 2007 was Iraq.


Billion, that’s with 9 zeros, and in case you’re wondering there is a big difference between Economic Assistance (basically food, clothing & shelter) and Military Assistance (that’s when money is made available so “opposition” groups so they can buy weapons of various sorts).


Here’s an outline of the major recipients of United States Foreign Aid assistance categorized by region that I borrowed from a 2010 report (see source below):


Latin America and the Caribbean


What do you suppose would happen if the U.S. decided to withdraw aid to these major recipients of financial aid? One instance that comes to mind when such a topic was mentioned, is when Kentucky’s US Senator Rand Paul has threatened to lead the charge on Capitol Hill to cut aid to Pakistan for imprisoning a doctor who helped US intelligence forces locate Osama bin Laden.  Instead, he recently (03/06/13) launched a one man US Senate Filibuster in an effort to foil the nomination of John O. Brennan to lead the Central Intelligence Agency because he received a letter from US Attorney General Eric H. Holder Jr. in which he (Holder) apparently refused to rule out the possibility of using drone strikes inside, or on United States soil in “extraordinary circumstances” such as the Sept. 11 terrorist attacks; for those of us who are a little “fuzzy” on High School Civics, a Filibuster is little more than a fancy word for promoting congressional gridlock.  So after another 12 hours and 52 minutes of Congressional gridlock, CNN News reported the vote on John Brennan’s nomination is expected to advance.  Perhaps Senator Paul’s time could have been better spent preparing legislation restricting the use of Drone weapons outside the arena of war.


You may recollect that Senator Paul gained national attention when he was selected to deliver the  February 13, 2013, official “Tea Party” response to President Barack Obama’s state of the union speech, who (the Tea Party) has among other things, a stated  mission to restore America’s founding principles of Fiscal Responsibility.   Point being, as an avid Tea Party “Patriot”, you might think Senator Paul would direct his filibuster efforts on the topic of foreign aid recipients rather leading “interference” on CIA nominations. Perhaps that will be his next “publicity exploit” in his apparent bid for the 2016 Republican Presidential nomination.


In any event, the 2012 Economic Aid and Military Aid combination dropped by some minor miracle to $47 Billion but for fiscal year 2013, President Obama ask for and the US Congress somehow managed to approve a 56 Billion Dollar Foreign Aid budget. This occurred even though according to numbers provided by the Washington Post a 85.4 Billion Dollar “Sequester” was looming. The Sequester, as you know is a bunch of federal spending cuts that took effect March 1, 2013 as a result of no “fine tuning” (which was originally considered a no-brainier action) by Congress due to rampant gridlock.


As for me, the most disturbing aspect of the Sequester cuts is that they are intended to only affect domestic programs.  Generally speaking the cuts are divided evenly between domestic and defense programs, with about half affecting defense discretionary spending (weapons purchases, base operations, construction work, etc.) and the balance touching upon both mandatory and discretionary domestic spending.


One major point that many of us may not realize, this “cuts” or sequester program is on tap for the next several years; in fact it’s scheduled to run through 2021, at which time 1.1 Trillion Dollars will have been slashed from the budget and every Dollar affecting only domestic programs.


One significant point should be clarified: There is a huge difference between Military Assistance and Military Action.  You could say Military Assistance only involves giving away the US tax payers’ money to small militant groups in faraway places so they can purchase weapons such as automatic rifles & ammunition so they too can play war, while a US Military Action may best be described as a more localized conflict typically restricted to one country in which American tax payer’s not only give-up their hard earned Tax Dollars but their Sons, Daughters, Husbands, and Wives too.  The latter, being much more costly, economically and emotionally.


When only considering the economic war front, America spent:


341 Billion Dollars in WW II (inflation not accounted for).


67 Billion Dollars in Korea (that’s equivalent to 535 Billion if inflation is accounted for).


140 Billion Dollars in Vietnam (inflation not accounted for).


Almost 1 Trillion Dollars had been spent in Iraq by the end of 2011.


According to USA Today, the United States is now spending 6.7 Billion Dollars per month on the war in Afghanistan; the total has now surpassed the war costs in Iraq.


The point that I’m going for in this monologue, is not to eliminate Economic Aid in its entirety, but to completely eliminate Military Assistance and of course un-provoked war.  If for no other reason, American Tax Payers simply can no longer afford such activity.  If you harbor doubts of any kind, have a quick look at the ‘second to second’ accounting tool, titled “Cost of War” by CLICK HERE.


One final note: The United States paid for past wars by raising taxes and or selling war bonds.  The current wars are financed almost entirely by borrowing.