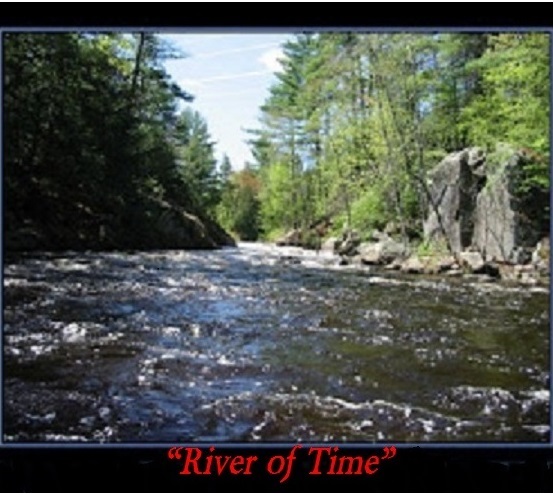 Time is one of the countless mysteries of the universe. Mankind is swept up in the river of time against his will and often against better judgement especially when viewed from a distance.  For example, sometime during the early 400’s; Church theologian, Saint Augustine of Hippo (about 354 — 430 AD) wrote at length about the puzzling nature of time: “How can the past and future be, when the past no longer is, and the future is not yet? As for the present, if it were always present and never moved on to become the past, it would not be time, but eternity.”   By taking Saint Augustine's logic a bit further, we could actually determine that time is simply not a possibility since the past has departed, the future does not physically exist, and the present occurs only for an instant.

Some 1200 years later in 1600, the former Dominican monk and philosopher Giordano Bruno was burned alive in downtown Rome. So as to insure his humiliation, the “Church” first hung him upside down for a good while after striping him naked . . . What made the teachings of Bruno so perilous in the view of the “Church”? He had asked a simple question: “Is there life in outer space?” Rather than contemplate the possibility of other saints, popes, and churches existing somewhere out there in the heavens, it made more sense to the “Church” to simply burn him for “heresy”.

For more than 400 years the memory of Bruno has haunted historians, especially those of science. In any event, Bruno’s vindication has been late in coming, in that every few weeks or so (about twice a month) a new planet is discovered orbiting a distant star; to date, more than 250 such planets have now been documented. Never-the-less, one big question lingers:  Although the Milky Way is teaming with extrasolar planets, how many of them can and do support intelligent life?  And if such life exists out there, what can science say with certainly about it?

Many people claim that extraterrestrials visit Earth routinely in the form of UFOs. Yet, Scientists frequently dismiss the likelihood of UFOs being from distance stars due to the vast distance between them (distant stars) and Earth.

Regardless, the most believable circumstances of UFOs involve:
A. Multiple sightings by independent, credible eyewitnesses and
B. Evidence from multiple sources, such as eyesight coupled with radar.
To the chagrin of multiple UFO event researchers such cases occur habitually. However what‘s so frustrating to investigating scientists is that, of the hundreds of recorded sightings, none have yet produced hard physical evidence that can lead to reproducible results in the laboratory such as alien DNA or an alien computer chip.

Characteristics of such credible UFO sightings that have been recorded by observers include:
a)  The ability to zig-zag in midair;
b) The curious habit of stopping car ignitions and disrupting electrical power;
c) The ability to hover silently.

None of these characteristics fit the description of the rockets mankind has developed here on Earth. Most importantly because all known rockets depend on Newton’s third law of motion (for every action, there is an equal and opposite reaction); yet the UFOs that meet the criteria cited above do not appear to expel an exhaust plume. And the g-forces created by zig-zagging flying saucers are believed to exceed 100 times the gravitational force of Earth—so; simply put, the g-forces would be enough to flatten any creature of Earth.

Because of such unexplainable mysteries, a more sensible accounting of such undeniable events may best be explained by Travelers of Time! 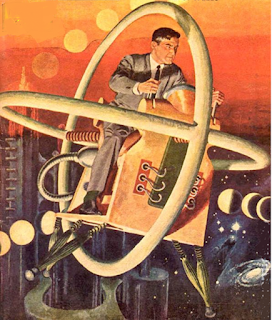 In 1990, Stephen Hawking, the renowned British scientist, professor, and author who has done groundbreaking work in physics and cosmology, was at best skeptical about time travel; in fact he suggested “there ought to be a law, making time travel impossible”. At the time, perhaps lightheartedly, he also proposed a ‘Chronology Protection Conjecture’ to ban time travel from the laws of physics in order to “make history safe for historians”.

The awkward thing, however, is that no matter how hard physicists try, they can’t find a law that prevents time travel. Actually, time travel is consistent with the known laws of physics.   Sooo, it comes of little surprise that Hawkins, unable to find any physical law that makes time travel impossible, recently changed his mind. He made the evening news when he said, “Time travel may be possible, but it is not practical.”
Fact is, time travel into the future is not only possible it has been experimentally confirmed hundreds of times.  For example, if an astronaut were to travel near the speed of light, it will take him only a single minute to reach the nearest star in our Milky Way; however, four years would have elapsed on Earth, but for him, only one minute would have passed, because time would have slowed down inside his space craft. Therefore he would have travelled four years into the future, as experienced on Earth. (Tactically, Earth astronauts take a short trip into the future every time they go into outer space. You see, they travel at about 18,000 miles per hour when orbiting the Earth so their clocks tick a tiny bit slower than clocks on Earth.) Thus, proving that a time machine capable of taking us into the future is consistent with Einstein’s theory of relativity.

That said, the big problem is, yes — going back in time!

If mankind were to journey into the past, based upon our current knowledge of the laws of physics, history would be impossible to write. As soon as a historian recorded our past, someone could go back and alter it. Not only would time machines put historians out of business, they would enable us to change the course of time whenever we wanted. History could easily become a never-ending, madcap crazy episode, as tourists from the future ran trodden over historic events while trying to insure a good camera shot.

Perhaps the thorniest problem to overcome would be the logical paradoxes raised by time travel into the past. For example, what would happen if we killed our mother and father before we are born? This is a logical impossibility; typically called the “grandfather paradox”.

Fortunately there are at least three known hypothetical ways to resolve such paradoxes:
First, you unwittingly repeat past history as it is written when you go back in time, therefore always fulfilling the past. In other words, you have no “free will” in which case you are forced to complete the past as it is written. Consequently, if you travel back into the past to give the secret of time travel to your younger self, then it was simply meant to happen that way; if the secret of time travel came from the future, that’s okay, it was destiny!

Second, you have free will, so you can change the past, but only within certain limits. In short, your “free will” cannot create a time paradox. If you tried to kill your parents before you are born, a cryptic force would prevent you from performing the deed . . . Kind of like trying to walk on the ceiling; there is a law preventing all of us from doing so, even though we might want to. Meaning, there is a law preventing us from killing our parents before we are born.

Third, the universe simply splits into multiple worlds. On one timeline the people whom you killed may look just like your parents, but they are different, because you are now in a parallel universe. This possibility is most consistent with the quantum mechanics (CLICK HERE for more detailed information published back in 2011).

This theory can be clarified a bit by drawing a straight line on a blackboard, representing the timeline of our universe . . . Then draw a another line which splits off the first line; the second line represents a parallel world that opens up when you alter the past — the single timeline becomes two timelines.  This means that paradoxes resulting from time-travel can be resolved. So, if you killed your parents before you were born, it simply means you killed some nice couple who were genetically identical to your parents, with the same memories and personalities, but they were not actually your real parents.

Sooo, next time you or someone you know, encounters an unexplainable UFO  . . . Before dismissing it as just another crazy anomaly, you might first consider the notion that “aliens” really do exist, but they are likely our own descendants from many thousands of years into the future. And too, in such cases the UFO’s occupants may or may not technically be of extraterrestrial origin, if only because some of our indeterminably distant grandchildren may well be born on a planet far, far away!