Eternal Order of the Magi 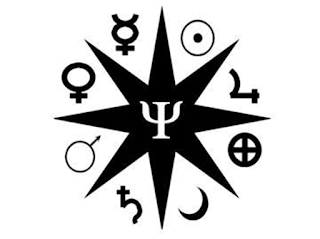 The Magi first appeared sometime during the 7th century B.C. within the Median Empire which was established by the original Iranian population that settled in the north of present-day Iran. The huge empire eventually spanned across northern, northwestern, and western Iran, parts of Iraq, and southeastern Asia Minor which is the peninsula of land that constitutes the Asian portion of modern day Turkey. 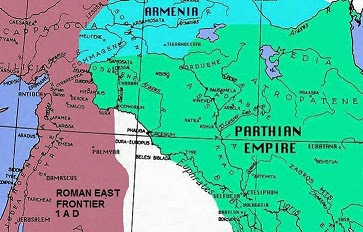 By the first Century A. D., the Magi were an ancient, yet tiny 3 to 8 member priestly caste dwelling within the Parthian Empire, which world history describes as the most enduring of the empires of the ancient Near East.  The Parthian Kingdom was located east of the of the Roman Empire’s eastern frontier. 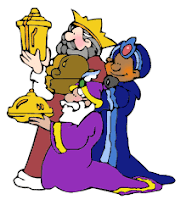 Unfortunately, facts in regard to these clerics are clouded a good bit in mystery.  But, few biblical stories are better known, yet so cloaked in myth and tradition, than the story of the three Magi, or “3 wise men” that’s set forth in the Holy Bible’s Book of Matthew in the first twelve verses of chapter two.

One particular “misunderstanding” in the traditional story, as told by the author of Matthew, is that the 3 wise men did not visit the newborn baby Jesus while He was laying in a manger; this is clearly evidenced by Verse 11 of Chapter 2 wherein Matthew's Gospel clearly states that the Magi entered a house—even in those early days a manger was more likely found in a barn: “On coming to the house, they saw the child with his mother Mary, and they bowed down and worshiped him. Then they opened their treasures and presented him with gifts of gold, frankincense and myrrh” . . . Naturally, this is challenged in Chapter 2 of the Book of Luke; Verse 16: “And they came with haste, and found Mary, and Joseph, and the babe lying in a manger”.

The plot thickens with Luke’s version in that “3 Shepherds” (according to Luke) located in the same country, which in theory could have been nearby, as opposed to “Magi from the east” (as stated in Matthew) . . . So then, because we know the Magi resided in a completely different country, common sense dictates they were probably more than a 100 mile away and in those days, the mode of transportation was by camel — consequently making a visit to the scene of a newborn “babe” lying in a manger, or anywhere for that matter, somewhat impractical.
In-any-event, the Magi were skilled in astronomy and astrology (which, were closely related, in that era), but among their many talents they were also involved in several occult practices, including sorcery, and were best-known for their ability to interpret dreams. It’s therefore not surprising, that from their name, the modern terms “magic” and “magician” originated.

On the other end of the spectrum of their accomplishments, they were considered “king-makers” as this small priestly-political class of the Parthians, formed the Upper House of the Megistanes Council, whose duties included the election of the king of the Parthian Empire, and they even, to a large degree, controlled judicial appointments.  In hushed or whispered tones it was not uncommon for the “man-on-the-street” to describe the Magi as that priestly-political class of Parthians-who lived to the east of Palestine. 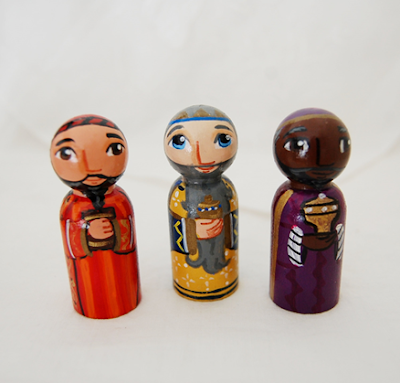 During the period of European history from the collapse of the Roman civilization in the 5th century AD, to the period of the Renaissance, known as the Middle Ages, legend developed that they were kings, that they were three in number, and they were thought to be the three sons of Noah; that’s why one of the three is often pictured as a black man—as you may recall, legend has it, that each of Noah’s sons were of a different race—not impossible, but then, no easy feat for anyone in the one Gods “favor”, shall we say.

It’s not so strange that the Magi often were referred to as “wise men” considering that they had a combined knowledge of science, agriculture, mathematics, history, and the occult; as a result, their religious and political influence continued to grow until they became the most prominent and powerful group of advisors of the era. Case-in-point— historians tell us that no Persian was ever able to become king without first mastering the scientific and religious disciplines of the Magi!