How Clever is it? 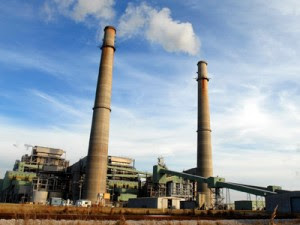 The Environmental Protection Agency’s (EPA) rules say new coal power plants built after April 2013 must have “carbon-capture” technology, which the coal industry claims will virtually rule out new power plant construction because of high costs.  Further, the EPA has set a March 2013 deadline to make final its standards for mercury emissions that’s a byproduct of burning coal.

Environmental groups say the Obama administration is moving in the right direction by enforcing such EPA regulations especially when taking into consideration the current availability of cheaper cleaner-burning natural gas; add to that the EPA's finding that greenhouse gases pose a threat to human health; with such calamities as Global Warming, it’s hard to justify an opposing position.

In addition, it’s well-known facts that burning coal causes smog, soot, acid rain, and numerous toxic air emissions, the most dangerous of which may be the dumping of around 3,000 tons of Mercury into the atmosphere every year in the US alone.  It’s most likely safe to say that there’s not anyone unaware that mercury is harmful to humans as well as most other living breathing critters.

In any event, Natural gas prices are currently (Sept. 2012) around $2.70 per million British Thermal Units (BTU); Some say that Natural gas prices must reach $4 per million BTUs, in order to be equal to the cost of burning coal which certain people figure is most likely to happen by the time a new power plant dependent upon coal can be completed.  Keep in mind these plants take as few years to build, not a few months.

On the other hand other ‘experts’ argue prices will have a hard time going above $3 per million BTU’s (on the average, one thousand cubic feet of natural gas has a heating value of approximately 1.028 million BTU), the level at which Natural gas currently tends to lose market share over coal for electric power generation.

Natural gas prices have hit such a low price during the troubled times of late, you might be wondering why.  It's not real hard to figure, you see the sharp decline in Natural gas prices that occurred in 2009 was in response to the global economic collapse that drastically cut demand.  Additionally, in 2008 and 2009 many newly-discovered natural gas fields were brought online resulting in a glut of Natural gas that put additional downward pressure on prices.

In fact, various shale formations are now being tapped for so much Natural gas that the supply exceeds demand or pipeline capacity in many areas. You see, new drilling technology makes it possible to extract quantities of Natural gas from tight shale formations that were simply unproductive in past years.

Then too burning Natural gas results in considerably less emissions (around 50% less carbon) than when burning coal, in addition, the emission reduction situation applies to oil, gasoline and diesel fuel too.  But in truth this well-known fact has had a smaller impact on Natural gas prices than it has impacted the rallying cries against coal usage.

Perhaps the above referenced ‘experts’ have already forgotten how Natural gas prices suddenly spiked up to $15 per million BTU several weeks after Hurricane Katrina hit in 2005. This reason alone may justify arguments by Coal supporters who believe the administration should leave the door open to new coal plants just in case Natural gas prices rise sharply or supplies get cut off again. In short, the reliability of the U.S. power grid is apt to be at stake.

Sadly it’s true that in the last year, citing environmental standards and changing market conditions, numerous power companies have announced the retirement of 31,000 megawatts of coal-fired capacity in the US; since 2010, plant operators have announced 106 retirements of coal powered facilities; that represents 13 percent of the U.S. fleet.

Such declines in coal-fired power plants ultimately have adverse effects on coal-mining companies too. Alpha Natural Resources Inc., the biggest coal producer in Appalachia, for example, said last week it was slashing nearly 10% of its work force, closing mines in Virginia, West Virginia and Pennsylvania and cutting operations in the Wyoming Powder River Basin where the thickness of coal is measured in feet, rather than in inches, which common sense implies low production costs in Wyoming.

Companies seeking to build conventional coal-fired plants, say that even if the mercury rule turns out to be manageable, under the greenhouse-gas rule they face, they’d need billions of dollars in financing for new technology and equipment to meet the April 2013 deadline for carbon-capture regulations.  Clearly the cost for such technological capabilities must be reduced, a lot!  In other words, the answer to the age old question “are we there yet?” in carbon capture technology is thus far a definite NO.

The U.S. coal industry, as always, if facing major problems but the current drop in electrical power generation is mostly due to competition generated from cheap Natural gas; this free market event has undoubtedly crippled many coal producing companies.  Yes, there are other factors that will continue to assist in pushing coal out of the electricity generating business. They include but are not limited to: An aging fleet of power plants, cost-competitive renewable energy programs, new clean air regulations, and a strong anti-coal movement; when all these are combined, a good job in reducing the attractiveness of coal is the clear result.

President Obama has described his energy plan as an “all of the above” approach that makes use of oil, natural gas, nuclear, renewable energy and clean coal. The White House says it has committed nearly 6 Billion Dollars for advanced coal research.  In short, the president says he supports clean-coal technology and use; further he asserts  policies of the GOP will harm our environment, which undoubtedly proves that he strongly believes that Global Warming is real and not a myth as has been aserted by some. Perhaps those 6 Billion research dollars should be doubled at the very least; it wouldn’t be the first time government has ‘insured’ the continuation of free market enterprise; or on the other hand perhaps a more clever and cost effective approach would be to simply extend the April 2013 deadline for carbon capture until such time that the worse economic crises the world has experienced since the Great Depression is behind us.

Posted by Tony G Fugate on 9/24/2012
Email ThisBlogThis!Share to TwitterShare to FacebookShare to Pinterest

Over Thirty five years ago, you might say, something funny happened when NASA's Viking 1 spacecraft was circling the planet of Mars; you see, it was snapping photos of possible landing sites for its sister ship Viking 2 to land in early September of 1976. It did land by the way and operated on the surface of Mars for 1,281 Mars days (3 years, 7 months, 8 days) and was turned off on April 11, 1980 when its batteries failed.

In any event when Viking I’s orbiter spotted the shadowy likeness of a human face, or what some call an enormous head that’s nearly two miles from end to end that was seemingly be staring back at the cameras from a region of the Red Planet called Cydonia, there was very likely a huge degree of surprise among mission controllers at the Jet Propulsion Lab back in Pasadena, California when the face appeared on their monitors. The sensation was short lived though, primarily because they figured it was just another Martian mesa, quite common around the region they called Cydonia, but this one had unusual shadows that made it look kinda like an Egyptian Pharaoh.

Within a few days NASA unveiled the image for everyone to see. The caption on the released image noted: “huge rock formation ... which resembles a human head ... formed by shadows giving the illusion of eyes, nose and mouth.” Certain folks associated with NASA thought it would be a good way to engage the public and attract more attention to the red planet; after all the Viking projects were the most expensive and ambitious missions ever sent to Mars, with a total cost of roughly 1 Billion US Dollars. So common sense dictates that the mission needed as much publicity from American tax payers as could be dredged up.

Well surprise, surprise it certainly did!

In fact, the “Face on Mars” has since become somewhat the pop icon; it’s been featured in a Hollywood film, appeared in books, magazines, and radio talk shows. The face has haunted grocery store checkout lines for more than 35 years! Some people think the Face is proof positive of life on Mars in days gone by; evidence that NASA would rather hide, according to conspiracy theorists. On the other hand, defenders of the NASA budget probably wish there was evidence of an ancient civilization on Mars.

Unfortunately for NASA a very few scientists indeed, believe the Face is an alien artifact; you see, photographing the Cydonia region became a priority for NASA’s Mars Global Surveyor which arrived on the Red Planet in September of 1997, eighteen long years after the Viking missions ended. “We felt this was important to taxpayers,” explained Jim Garvin, chief scientist for NASA’s Mars Exploration Program. “We photographed the Face as soon as we could get a good shot at it.”

So on April 5, 1998, when the Mars Global Surveyor flew over the Cydonia region for the first time, the Mars Orbiter Camera team snapped a picture ten times sharper than the original Viking photos. As you can guess, thousands of anxious web surfers were waiting when the image first appeared on a Jet Propulsion Laboratory web site, revealing: Yep, a natural land formation.  Sadly, there was no alien monument after all as is revealed by the following side-by-side images, taken in April of 1998 and a 2001 photo in dazzling high-resolution:

It’s of little surprise that not everyone was satisfied with the 1998 photo. Since the Face on Mars is located at 41 degrees north Martian latitude, where it is winter in April, which is by all accounts a cloudy time of year on the Red Planet; conditions required the camera on board the Mars Global Surveyor to peer through wispy clouds to see the Face.  Naturally, skeptics insisted that the alien markings were hidden by the haze.

So NASA’s mission controllers prepared to look again. “It's not easy to target Cydonia,” according to NASA experts. “In fact, it's hard work,” they said. Mars Global Surveyor is a mapping spacecraft that normally looks straight down and scans the planet kind of like a fax machine in narrow 2.5 km-wide strips. “We just don't pass over the Face very often,” noted a senior NASA spokesman.

Nonetheless, on April 8, 2001 on a cloudless summer day in the region of Cydonia, the Mars Global Surveyor drew close enough for another look. “We had to roll the spacecraft 25 degrees to center the Face in the field of view," said Jim Garvin, chief scientist for NASA's Mars Exploration Program.   The 2001 image is displayed alongside the 1976 and the 1998 images above, you be the judge of the results.