What the Mayans knew 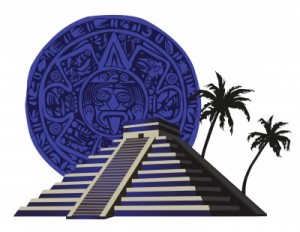 Okay, so they were wrong about 12-21-12 . . . if in fact their purpose for ending their remarkably precise calendar was an attempt at predicting the worlds end; in retrospection though, the significance of the date may very well be when the Mayans discovered a new and better way of tracking time. In other words, several anthropologists now contend that the Mayans simply “upgraded” to a new calendaring system using cutting edge technology that was available for their time . . . In-other-words: The Mayans Knew When to Upgrade!

The Ancient Mayan civilization was a diverse group of folks who lived in parts of present-day Mexico, Belize, Guatemala, El Salvador and Honduras.  Their civilization lasted for more than 2,000 years but its heyday period stretched from about 300 A.D. to 900 A.D., generally known as the Classic Period. Not only did they develop a complex understanding of astronomy; they figured out how to grow corn, beans, squash and cassava (a root vegetable akin to potatoes) without modern machinery and no less impressive, how to communicate with one another using one of the world’s first written languages.

At their peak, the Maya were one of the most advanced civilizations in the Americas. It’s worth repeating that they mastered technologies ranging from astronomy to agriculture but one of their most impressive achievements has to be their towering pyramid temples. It’s obvious that when the Mayans took on the task of temple building, they intended their structures to last forever.  Chichen Itza (left) and Palenque (below) are two great examples that we can see and experience today in Southeastern state of  Yucatán, Mexico. 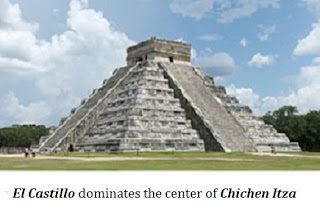 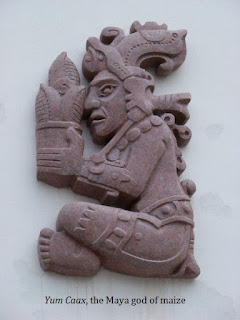 Along with an expertise in mathematics, architecture and astronomy, the Mayans perfected one of the most important technologies known to humanity–agriculture. Agriculture may not seem like technology, but to the Mayans, farming was their chief technology!  You see, not unlike today, the ability to produce a surplus of food freed up time for expanding their civilization’s day to day life style. So instead of spending 14 hours a day eking out a living hunting and gathering, the cultivation of corn / maize, chief among several other crops, gave the Mayans more free time. They spent that time dreaming up ways of building huge pyramids, mapping the stars, and playing ballgames . . . Little wonder Yum Coax (the Mayan god of maize) often appears in Maya mythology as the creator god. 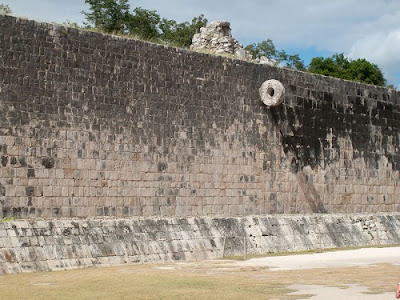 Mayans probably didn’t spend a lot of time thinking about the end of time; so you might say they were not infested by the “Armageddon bug”.  It’s more likely that they enjoyed their time on this earth because they left what some perceive as favorable memories for generations to come.  How, you might ask . . . throughout Mayan cities one sees a single universal piece of culture — a ball court. While archaeologists have countless interpretations for these ball courts, it seems obvious that Mayans had their own version of fun. 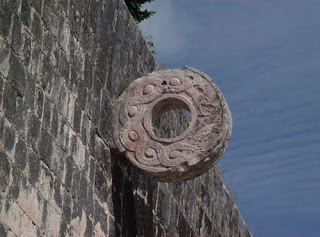 These impressive stone courts became a staple feature of a city’s “sacred” complex and there were often several playing courts in a single city. The sport played there was known as “Pok-a-Tok” or simply the “Ball Game” and was popular all across Mesoamerica; variations of the game were played by several other early American civilizations including the Olmec’s and the Aztecs. The Mayan variety of the game is the predecessor of the Aztec version and was “imported” or borrowed, you might say, from the Olmec’s.  It was more than just a game, though; the event could have a religious significance and often featured episodes of Mesoamerican mythology—the contests even supplied candidates for human sacrifice, so the popular sport could, quite literally, be a game of life or death.

The Mayan written language was made up of about 800 glyphs, or cryptograms. Each one
represented a word or a syllable, and could be combined with the other symbols in a countless number of ways.  As a result, there were at least three (some say four) different ways to write practically every word in the Mayan language — imagine that!

Until recently, people believed that vulcanization (the process of combining rubber with 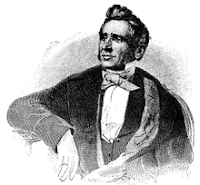 other materials to make more durable goods) was discovered by the American, Charles Goodyear in the 19th century. However, historians and anthropologists alike, now think the Maya were producing rubber products about 3,000 years before Goodyear received his patent in 1844.

Researchers now believe that the Maya discovered this process quite by accident, most likely during a religious ritual in which they combined the rubber tree and the morning-glory flowering plant; the sulfur in the morning glory's juice served to vulcanize the rubber. Once they realized how strong and versatile this new material was, they began to use it in a variety of ways: the made glue, bindings for books, figurines, water-resistant cloth, and yep, you guessed it, the large rubber balls used in the ball game known as Pok-a-Tok.