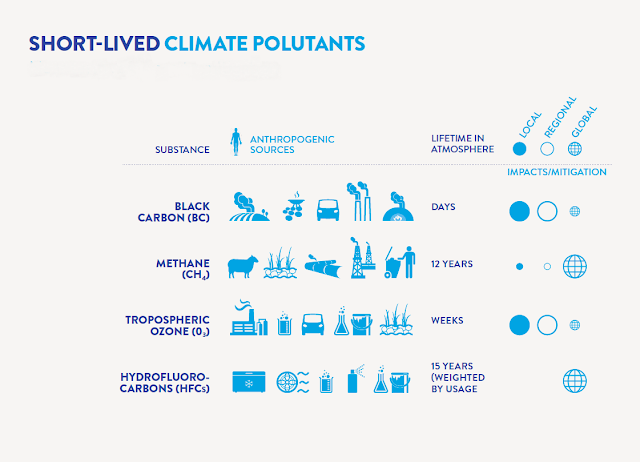 Soot from automobile exhausts or cook stoves, sulfates from coal-fired power plants, methane leaked during gas or oil production, and hydrofluorocarbons (HFCs) released by  air conditioning units are all greenhouse gases that trap heat within the Earth's atmosphere.

However, it should be noted that all of these pollutants, often called “short-lived climate pollutants (SLCP’s),” are known to decay within a relatively short period of time (ranging from a few days to many as 15 years) into less harmful chemicals. 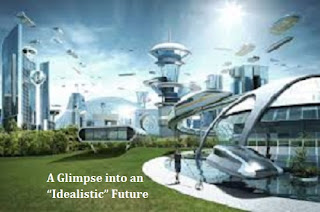 A study published in early November of 2014 in the Proceedings of the National Academy of the Sciences concluded that such SLCP emissions will not have much of an impact on long-term climate change . . . sooo, what’s all the fuss and concerns about carbon pollution and the impact it has on global warming?

Guess what, the above referenced study also strongly reiterates that, as far as climate change goes, the gases that really matter are not SLCP’s but carbon dioxide (CO₂) which is a colorless, odorless, incombustible gas, that is formed during respiration, combustion, and organic decomposition. Unlike its shorter-lived cousins, CO₂ hangs around in the atmosphere for decades and to some degree, centuries!

According to Dr. Joeri Rogelj, a research scholar at the International Institute for Applied Systems Analysis and lead author of the 2014 study: “It has become very clear that if you want to stabilize warming at any level, you have to start talking about phasing out CO₂.” 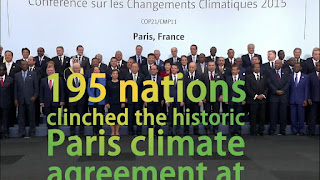 that was signed in Paris in 2015.   An emphasis during the talks included the easing of CO₂ emissions, and too, a short list of SLCP gases. Even though reducing such SCLP emissions will only limit the rise in global temperature up to 2030 . . . beyond that date, SCLP’s, according to the study, will have little impact.

With this foremost in mind, so as to limit climate change up to and beyond 2100, nations must continue to focus on CO₂ reductions.  The target: Limit (not reduce) warming to a maximum of 2 degrees Celsius (3.6 degrees Fahrenheit) above preindustrial levels by 2100.

Once in the atmosphere, carbon dioxide can have adverse effects on the Earth’s climate for thousands of years. Research has determined that CO₂ levels have increased by 40% over the past 150 years.  It’s generally believed this has been caused predominantly by the burning of fossil fuels, especially coal; closely followed by petroleum based propellants  such as gasoline, diesel, and jet fuel!

Those who profit from the status quo of burning huge amounts of fossil fuels often argue that more CO₂ in the atmosphere helps with the growth of plant life.  While this might sound like a great counter-argument to the fact that carbon dioxide is a dangerous pollutant, the truth is, it’s not! . . . Reality is far more complicated than the oversimplification of the argument that “CO₂ is plant food”.  You see, in a nut-shell, CO₂ increases the greenhouse effect on Earth which also causes temperatures to rise and that can be very bad for plant life.  Guess what, higher than normal temperatures, as a general rule, will actually cause crop production to decline.

Undeniable evidence suggests we’re at or near the point where rising atmospheric CO₂ levels will no longer benefit global plant growth because the rising heat that follows will simply be far too detrimental to plant productivity.

Consider this analogy, it’s not unlike a humans diet – at relatively low calorie levels, more food is helpful. However, as calorie intake increases, at a certain point it’s no longer benefiting the human body.  While more food is often a good thing — that only applies up to a point; as the global obesity epidemic surely makes clear.

Climate change is causing increased heat waves, flooding, and other extreme weather events — even today (2017); so prepare yourself for more national security threats; rising sea levels; wide-scale species extinctions; and so on.

Yes, there may be some positive climate change outcomes too, but creditable studies suggest the negatives far outweigh the positives. “Cherry picking” one possible positive outcome and discounting all the negatives as justification to maintain the status quo is simply absurd. 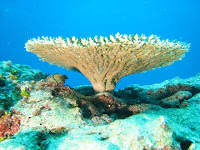 Wait, it gets worse: Yet, another negative impact of increasing atmospheric CO₂ emissions is sure to result in a condition known as ocean acidification.  Because between 65% and 80% of CO₂ released into the atmosphere dissolves into the ocean over a period of 20–200 years, it in turn surges the hydrogen ion concentration though a chemical reaction; consequently decreasing the pH level of the oceans. This decrease in oceanic pH has a damaging effect on sea coral, which, by the way, forms the habitat of nearly 25% of marine species . . . Imagine that!

Determining exactly at what point in time, global warming will become impossible to reverse, may be an impossible task.  However, based on the research and recommendations of several hundred climatologist’s and or scientists, a global warming limit of 2°C or below (relative to pre-industrial levels) has been set as a guiding value for easing efforts to reduce climate change risks, impacts, and damages.  You could say, this 2° Celsius warming level is considered to be the “danger limit”.

During the last interglacial period, which lasted thousands of years, the average global temperature was approximately 2°Celsius hotter than today; and too, sea levels were 22 to 31 feet higher than current sea levels. Parts of the Antarctic and Greenland experienced wide spread ice sheets melting, and the southern portion of Greenland had very little or no ice.

Based upon current CO₂ production, we're headed toward doubling CO₂ atmospheric levels by the mid-to-late 21st century!  On the other hand, if we limit cumulative CO₂ emissions from 2000-2050 by 80% globally, there is only a 25% probability that global warming will surpass the 2° Celsius limit . . . With an 80% reduction in CO₂ emissions in developed countries alone, there is a 50% chance of a 2° Celsius warming by the year 2100.  Finally, and most disturbing, if the world maintains the current levels of Carbon dioxide emissions, there is roughly a 67% chance that we will exceed a 2° Celsius warming trend by 2100!

Let's assume these estimates are correct, if so, they are perhaps the best argument for sticking with the status quo . . . Simply put—maybe it’s already too late!   After all, worst case scenario . . . We have a whopping 33% chance that, un-checked, Earth’s environmental conditions will remain the same — and lots of us are getting along just fine!

Then again, to ignore the threat of global climate change, and delay engaging in proper risk management is simply not a reasonable option—unless you are terribly greedy or an absolute pessimists; in either case, as for Global Warming, Why Worry?