The Federal Reserve Act of 1913 established the U S Federal Reserve (“the Fed”) as the structure which provides for a U S national banking system that is responsive to the ever fluctuating financial needs of the country such as being a formal “lender of last resort” to banks in times of liquidity crisis—e.g. panics where depositors try to withdraw their money faster than a normal fractional-reserve-based bank can pay it out.

Yep, you probably have the good sense to know “the Fed” is important and powerful, but here's something you probably don't know: Surprise, surprise, the Fed does not print money!

That's right. Despite all the babble on the campaign trail every 4 years or so and the onslaught of infomercial programing on cable TV, the Fed is actually not in the business of printing money.  You see, in America, the actual, physical printing presses are now owned and operated by the Treasury Department . . . not the Fed.

Don’t beat yourself up too bad; a lot of people are confused about this.  In all likely-hood; because the Fed controls the money supply.   But “money supply” is not the same as actual physical dollars — confused yet? . . . No wonder economics is often called “the dismal science”.

The following is a brief “historical account” of America’s paper money supply: 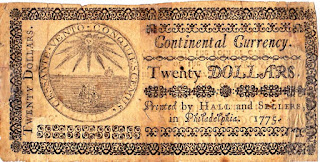 Continental Dollars . . . The money, for "The United Colonies", was printed by the “Hall and Sellers” print shop in Philadelphia, PA; the denominations printed included the: $1, $2, $3, $4, $5, $6, $7, $8, $20 and $30 Dollar Bills—so next time your accountant makes reference to a 3 Dollar Bill, perhaps the Continental 3 Dollar bill will come to mind in the stead of some crooked politician.   The Continental Congress issued Continental Dollars between 1775 and 1779 to help finance the Revolution. The paper Continental Dollars entitled the bearer to an equivalent amount of Spanish Milled Dollars / “Piece of Eight.” You see, England had forbid the early American colonies to mint coins; in-any-event, by 1790 they had lost 99% of their value.

Demand Note . . .  a type of United States paper money printed by the “American 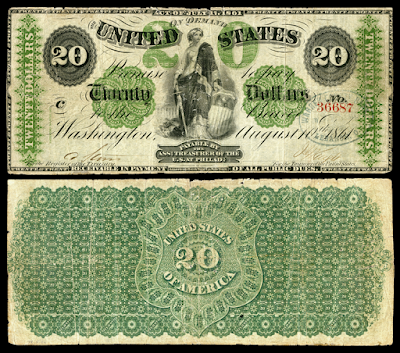 BankNote Company” and the “National Bank Note Company” (both based in New York City) because the Bureau of Engraving and Printing did not exist at the time. Demand Notes were issued between August 1861 and April 1862 during the American Civil War in denominations of 5, 10, and 20 Dollar Bills.  Technically, Demand Notes were the first type of paper money issued by the United States; a long, long time for the young nation to conduct business with the near worthless Continental Dollars.

Because of the distinctive green ink on their back side (reverse), and because state-chartered bank and Confederate Notes of the day often had a blank reverse, Demand Notes were nicknamed “greenbacks”, a name later inherited by Legal Tender and Federal Reserve Notes.  In-any-event, Demand Notes remain the oldest valid currency in the United States.  You might be surprised to learn that both “American” and “National” Bank Note Companies were also producing paper money for the Confederacy at the same time. Following the initial production of U.S. currency by the government’s Bureau of Engraving and Printing in 1862, the American Bank Note Company, went on to supply security paper and bank notes for 115 foreign countries.

Gold Certificate . . . The gold certificate was used from 1863 to 1933 in the United States as a form of paper currency. Each certificate gave its owner title to a corresponding amount of gold coin at the legislative rate of $20.67 per troy ounce — more than $1,300.00 below today’s Spot gold prices . . . Regardless; this type of paper currency was intended to represent actual gold coinage. After the gold recall in 1933, gold certificates were withdrawn from circulation and until 1964 it was actually illegal to possess these notes.   However, in 1964, restrictions were lifted, thus permitting collectors to own Gold Certificates legally.

Silver Certificate . . . Silver certificates were issued between 1878 and 1964 in the United

States as part of its circulation of paper currency.   The certificates were initially redeemable for their “face value” in silver dollar coins and later (from June 24th 1967 June 24th 1968) in raw silver bullion.   Since 1968 they have been redeemable only in Federal Reserve Notes and are consequently obsolete, but are still lawful legal tender.

United States Notes . . . A United States Note, also known as a Legal Tender Note, is a type of paper money that was issued from 1862 to 1971 in the U.S. Having been allotted for over 100 years, they were distributed for a longer period than any other form of U.S. paper money. They too were known as "greenbacks" in their heyday, a name inherited from the earlier greenbacks, the Demand Note, the paper currency they replaced in 1862.
Existing United States Notes remain valid legal tender; yet, since no United States Notes have been issued since January 1971, they have become scarce in US circulation.

This monetized debt involves purchasing [government debt] in the open market using central bank funds which results in the expansion of the money source which increases the money supply, either with the issuance of new Federal Reserve Notes or with the creation of deposits derived from “debt” money. This increase in the monetary base leads to a larger increase in the money supply through fractional-reserve banking as deposits are lent and re-deposited thereby forming the basis of further loans. 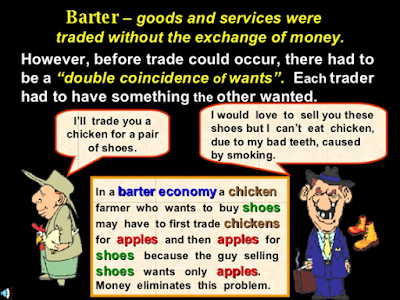 You might describe this process (monetizing debt) as a vicious cycle that grows; however in its absence, commerce / trade as we know it—could not function.  The alternative is bartering; a long respected trading system with a few practicality flaws!